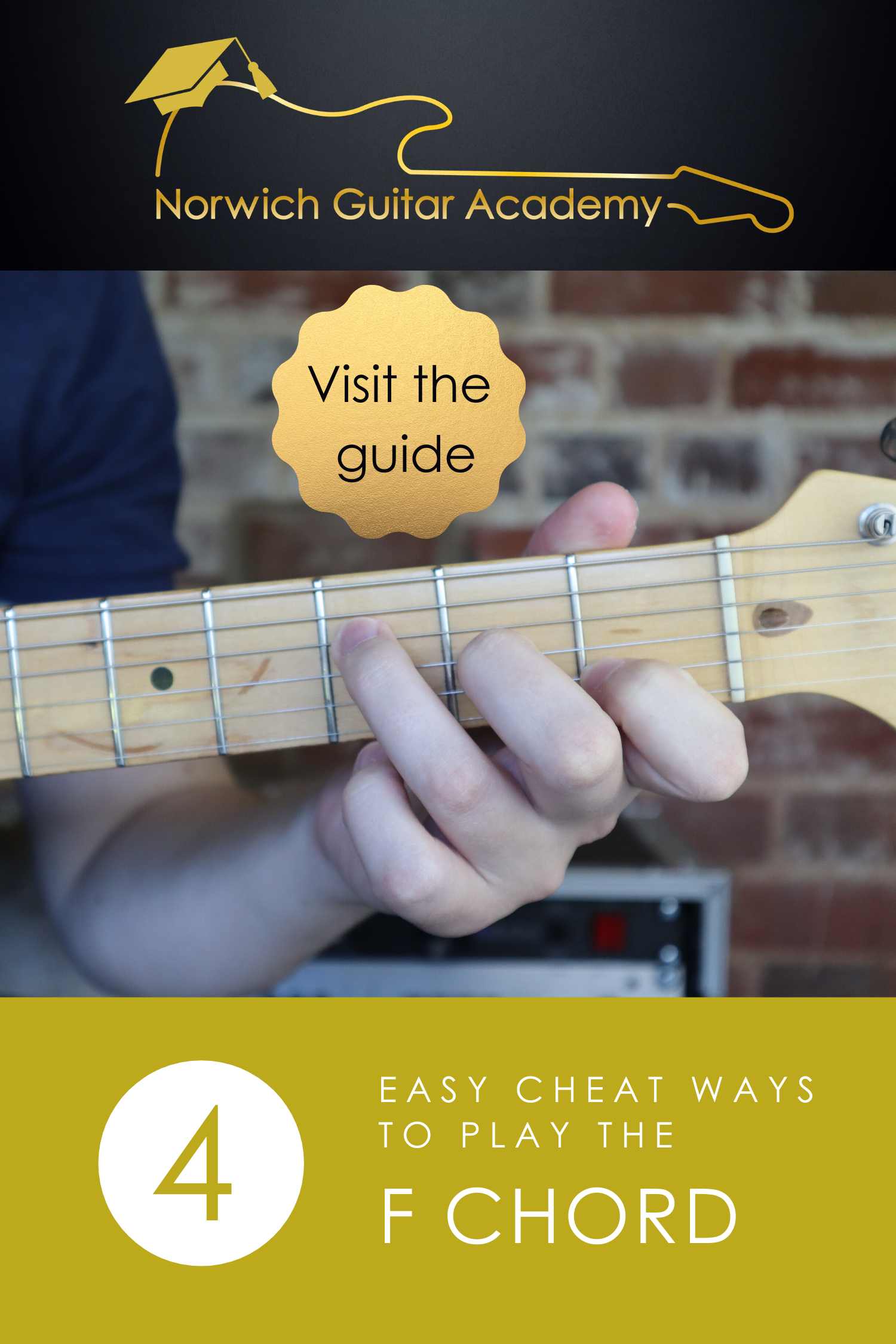 So you struggle to play the F chord on the guitar and need some easy cheat F chord alternatives? Not a problem, this cheat guide provides you with the best alternative F chords to get your song sounding great right now! 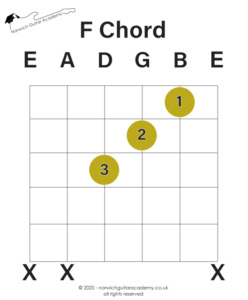 I really recommend playing your fingers down in this order, 3rd, 2nd, then 1st.
If you get used to placing your ‘root’ finger down first, any songs you play in the future will sound a lot smoother as your first strummed note will also be the first note you fret for each chord, make sense? 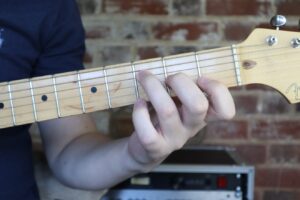 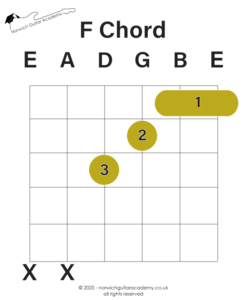 This is the more used F chord alternative. it’s not a million miles away from its big barre chord brother as you’re still barring, but only two strings instead of all six.
This variation is used by Jimi Hendrix, but Hendrix would use his thumb for the bass note (taken from the F barre chord) if you can use this shape, you’re on a good path to building up your technique for the more full barre chord shapes and will develop less need for these four easy F chord cheats. 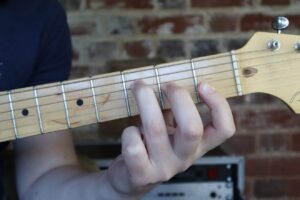 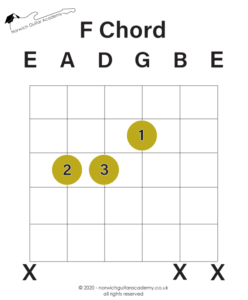 I really like this one, the sound is great and if you can already play your E chord, then you just think of it as E major moved up one fret.. you do need to be careful not to let any open strings resonate, otherwise you’ll end up with a Mexican stand-off sort of sound. great fun! But it will no longer sound like an F chord.

You’ve noticed it straight away! And what a fine lesson that would be on movable chords… much like the E & A chord shapes, the D can move up the neck too! There is a little secret to this shape that not many talk of… It’s awfully similar to the shape used in sweet child ‘o’ mine intro riff.. more on this some other time. 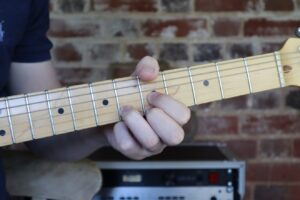 Well. I hope that’s helped you to get your favourite songs down a little better, this guide is just to help you have alternatives to the F barre chord, but I would strongly recommend you keep going with the F barre chord, once you’ve learnt and mastered that shape, you’ve essentially learnt 12 other chords with it.

We use cookies on our website to give you the most relevant experience by remembering your preferences and repeat visits. By clicking “Accept All”, you consent to the use of ALL the cookies. However, you may visit "Cookie Settings" to provide a controlled consent.
Cookie SettingsAccept All
Manage consent

This website uses cookies to improve your experience while you navigate through the website. Out of these, the cookies that are categorized as necessary are stored on your browser as they are essential for the working of basic functionalities of the website. We also use third-party cookies that help us analyze and understand how you use this website. These cookies will be stored in your browser only with your consent. You also have the option to opt-out of these cookies. But opting out of some of these cookies may affect your browsing experience.
Necessary Always Enabled
Necessary cookies are absolutely essential for the website to function properly. These cookies ensure basic functionalities and security features of the website, anonymously.
Functional
Functional cookies help to perform certain functionalities like sharing the content of the website on social media platforms, collect feedbacks, and other third-party features.
Performance
Performance cookies are used to understand and analyze the key performance indexes of the website which helps in delivering a better user experience for the visitors.
Analytics
Analytical cookies are used to understand how visitors interact with the website. These cookies help provide information on metrics the number of visitors, bounce rate, traffic source, etc.
Advertisement
Advertisement cookies are used to provide visitors with relevant ads and marketing campaigns. These cookies track visitors across websites and collect information to provide customized ads.
Others
Other uncategorized cookies are those that are being analyzed and have not been classified into a category as yet.
SAVE & ACCEPT
The Instant Guitarist